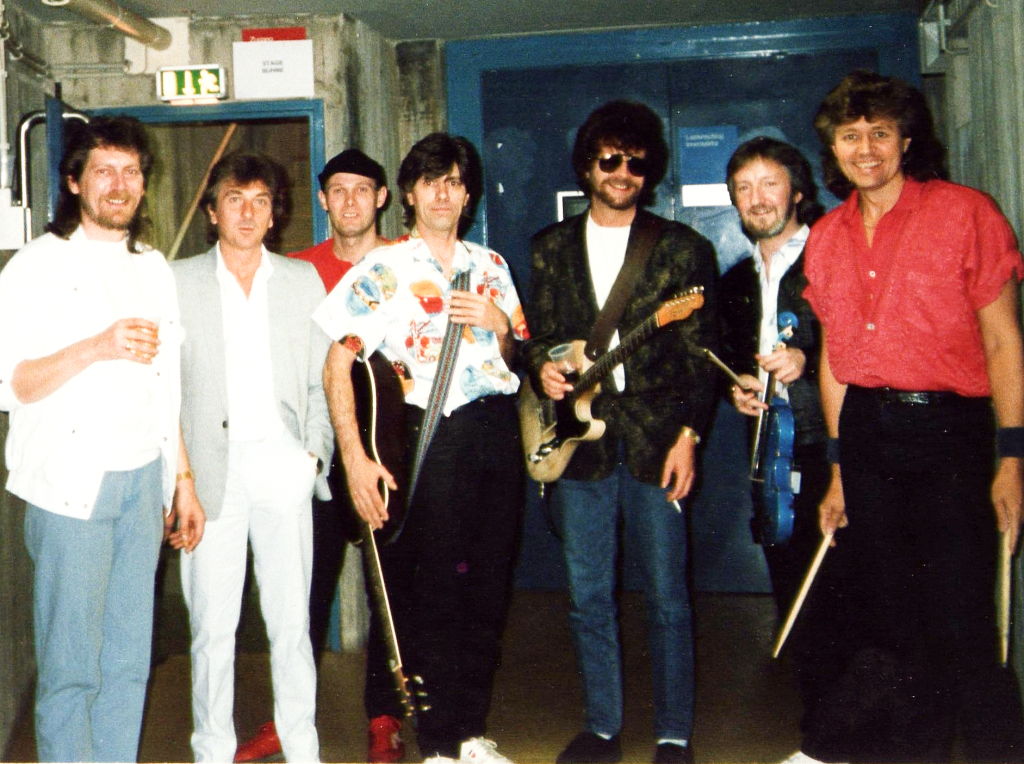 Hit song writer Dave Scott-Morgan, (Dave Morgan), has been in music since the 60’s including being part of The Ugly’s and Magnum.  His songs were recorded by The Move and Wishful Thinking and HIROSHIMA was a hit twice, reaching No.4 in the German charts,when sung by Sandra.

In the 80s, Dave was in the Electric Light Orchestra and credited on ELO’s SECRET MESSAGES and Jeff Lynne’s ARMCHAIR THEATRE. His collaboration with Richard Tandy (ELO’s keys player) resulted in the concept album EARTH RISE and single BERLIN. Later with guitarist Martin Smith, came the charity single ACTION (produced by Jeff Lynne) and CD BC COLLECTION. Whilst in LA he wrote the score for a Hollywood film ‘Distortions’.

After writing his autobiography Patterns in the Chaos Dave formed Morganisation in 2016 to promote the album ACROSS THE DIVIDE and now tours audio-visual shows performing rock n roll, ELO hits and tracks also from his other albums including HIGHLAND, BUBBLES, SEVEN, MADE IN BRITAIN and SIGNZ.

Dave released some heritage material in recent times, the re-mastered 1960’s Morgan album rebranded MORGAN50 and a previously unreleased soft prog/folk rock album by Morgan Cleary from 1977. Also Matt O’Malley and Dave lifted vocals from one of his reel to reel demo tapes and produced the digital single ‘I Wrote a Song’ with Carl Wayne of The Move singing.

Something, This Time Tomorrow

Hiroshima, She belongs to the Night

Dave’s unique after dinner presentation includes songs accompanied by his ovation legend and anecdotes about life in the music business, like meeting George Harrison plus other topics such as songwriting and being a pilot. His philosophy for staying youthful and healthy is of recurring interest to most audiences.

Mainly a solo writer however Dave collaborated on 21 Today (a memorial song to commemorate the lives lost through the Birmingham Pub Bombings) and projects including  arranging his Earthrise suite from synth to orchestra with Birmingham Conservatoire composers.